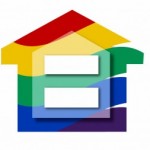 Oregon. In Oregon, lesbian, gay, bisexual and transgender (LGBT) individuals are protected from discrimination in housing and employment, although discrimination still persists.

Boise/Moscow. The Boise City Council recently heard testimony from a packed audience of 300 on a city ordinance that would prohibit discrimination of LGBT individuals in housing or employment. The Council subsequently voted to ban discrimination, and the Moscow City Council and Human Rights Commission may be set to follow suit. http://www.boiseweekly.com/CityDesk/archives/2012/11/14/bieter-it-was-an-honor-to-witness-five-hour-anti-discrimination-ordinance-hearing