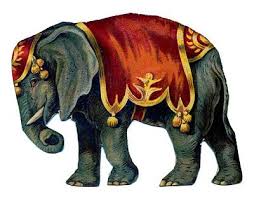 The City Council in DeBary, Florida recently reversed its decision to let residents keep up to three backyard hens. A growing number of U.S. communities have allowed backyard chickens as part of a movement to encourage urban agriculture and local food self reliance. For most, chickens are a source of fresh eggs and potent fertilizer; for one family in DeBary, the change threatens a positive influence in the life of their son, who has autism.

END_OF_DOCUMENT_TOKEN_TO_BE_REPLACED

WASHINGTON – The U.S. Department of Housing and Urban Development (HUD) today issued a notice reaffirming that housing providers must provide reasonable accommodations to persons with disabilities who require assistance animals.  The “Notice on Service Animals and Assistance Animals for People with Disabilities in Housing and HUD-Funded Programs” discusses how the Fair Housing Act and the Americans with Disabilities Act (ADA) intersect regarding the use of service or assistance animals by persons with disabilities. END_OF_DOCUMENT_TOKEN_TO_BE_REPLACED

For the full article (as shared by the Service Dog Blog), click here.