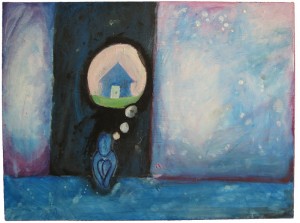 Note: the following is a distillation of multiple presentations from 2016 to the present. It is intended to provide context for discussion, not to imply judgement or assign blame.

An essential principle of the Fair Housing Act is the concept of ‘housing choice,’ the right of all persons to live where we choose and can afford. Where we live determines access to essential community amenities: good schools, diverse employment options, quality health care, and government services. In addition, we know the health and prosperity of children and families are impacted by air and water quality, fresh produce, transportation and recreation options. Equally important are opportunities to build strong social capital, defined as the networks of relationships among people who live and work in a particular society, enabling that society to function effectively.

Taken together, these factors support and expand economic opportunity and financial stability for more Americans, while reducing the social costs of poverty for all taxpayers. Housing affordability is achieved in one of two ways: by raising local wages so a full-time worker can afford to live near the workplace, or keeping housing costs within reach of existing local wages and incomes. In other words, housing types and prices that reflect local needs and incomes represent a perpetual wage subsidy to local employers. Conversely, when wages and housing costs are in balance, this means a higher percentage of household incomes circulates in the local economy and reduces demand for social programs over the long term.

Think of a local economy or housing market as an ecosystem—a complex and interconnected community of diverse residents and interests. Every community needs a range of skills and services to function—educators; service, retail and hospitality workers; building construction and maintenance professionals; health and personal caregivers; etc. These individuals make our communities livable and functional.

When the housing ecosystem is out of balance, we inevitably see ripple effects in poverty, evictions, homelessness, despair, substance and domestic abuse, illness, and crime. This leads to increased social and health costs, lost opportunities, unemployment and social unrest.

“Even if we remove civil rights from the fair housing equation, the argument for housing choice as an economic stabilizer is compelling.” —E. Kingston

Strategies that create or preserve local housing affordability reflect what Alexis de Tocqueville described as ‘self-interest, rightly understood.’ It’s the equivalent of fixing your community’s hospital roof before it rains, helping out with a barn-raising or passing a levy to build a wastewater treatment plant or flood control system.

Affordability is key to a sustainable market

Affordability is important to the real estate industry as well. Windermere Economist Matthew Gardner cautioned a Boise audience that, “Loss of affordability can stop a market in its tracks.” (JUMP, 10.10.17) During the run up to the last housing bubble, the proliferation of new REALTORS®, house flippers and speculative investors were a warning sign. “House flipping shows,” Gardner pointed out, “are precursors to a bubble.” Indeed, a National Bureau of Economic Research analysis of the housing market crash implicates flippers and speculative investors, not subprime borrowers as was widely assumed. In some markets, agents outnumbered listings

When the bubble burst, homeowners and many others saw their credit ruined, which eliminated them as potential home buyers for a prolonged period. This left many REALTORS® not only without a client base, but underwater on multiple properties of their own.

Just as fishing industry professionals know the the value of preserving fisheries, REALTORS® would do well to support diverse and healthy ‘housing ecosystems.’ First, to ensure the next generation of credit-worthy home buyers is on deck, and second, to offer diverse options for existing home owners to downsize or move, knowing they have choices. The current overheated market is effectively locked up, with home owners reluctant to give up their current homes and new home production hampered by labor shortages and high construction costs.

“Housing is for living in, not for speculation” —Xi Jinping

With ‘commodification,’ it’s about supply and demand

When housing is treated as a commodity and industry profits are indexed to sales price, there is little incentive to preserve housing for families, retirees or a stable workforce. At the government level, local taxing authorities see only the increased revenue, and capital investment or private development interests can take precedence over local residents, livability, and workforce development. In areas driven by a narrow focus on growth at all costs, potential residents are courted, while long-term existing residents are simply taxed.

“Investing in a commodity is different from being invested in a community.” —E. Kingston

The primary focus becomes the financialization of housing, as seen in the period leading to the last recession. A 2017 U.N. report on ‘Foreign Investment in Housing‘ describes a new emphasis on “…structural changes in housing and financial markets and global investment, whereby housing is treated as a commodity, a means of accumulating wealth and often as security for financial instruments that are traded and sold on global markets.”

The report outlines several net outcomes of  commodification (paraphrased below):

Several factors currently threaten the stability of our housing supply:

All this has a profound impact on housing supply and demand and drives prices up. The U.S. rental vacancy rate is at near-record lows relative to demand, with 1.89M fewer vacant rentals than during the fourth quarter of 2009, while the number of households has increased by 9M in the same period.* High costs of land and new construction mean we can’t simply build our way out of the current crisis, so the way forward will require a number of strategies to preserve affordability and inventory, increase capacity and make efficient use of limited land and resources. *Source. American Fact Finder

The myth of ‘trickle-down’ housing development. Many for-profit developers—and local government/taxing entities—are fond of reducing the housing crisis to a simplistic ‘supply and demand’ imbalance. The answer, they suggest, is that building more profitable, high-end housing units will create a bigger housing pie and thereby reduce costs overall—as you might infer from the first 5 minutes of an Econ 101 course.

But evidence seems to contradict this theory; as U.K. Economist Laurie MacFarlane describes it in his insightful TEDx talk; it’s not housing, but land ownership and exchange that drive most inflation. The only guarantee is that more housing is available for wealthy individuals migrating to hot real estate markets, and ever-increasing property taxes for long-term residents. The other consistent outcome is that high-end developers receive incentives from local government, and that same government sees tax revenues increase.

“Roads are made, streets are made, services are improved, electric light turns night into day, water is brought from reservoirs a hundred miles off in the mountains — and all the while the landlord sits still. Every one of those improvements is effected by the labor and cost of other people and the taxpayers.” —Winston Churchill, House of Commons, May 4, 1909

In effect, long-term residents—and the social fabric they create—wind up providing a public subsidy to the private equity of landowners, developers and Realtors who profit from inflated markets, while local working families are priced out of the hometowns they’ve created and improved through effort and taxes.

See more on this: 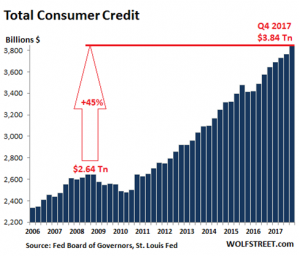 On the tenant side of the equation, debt and poverty create barriers to housing choice. As housing cost burdens have increased, tenants have seen credit card, student loan and autuo debt increase by 45%. After the recession and crash, big investors fueled the problem. Some bought up tens of thousands of distressed properties at pennies on the dollar, then rented them at highly inflated prices with onerous fees and penalties designed to result in eviction and court appearances, where tenants almost always lose. One such company was Colony Starwood Homes, featured in Profiting off Pain.

Evictions have emerged as a business model and driver of poverty. Pulitzer Prize-winning author and McArthur Fellow Matthew Desmond documented the business and consequences of eviction in Evicted: Poverty and Profit in the American City. The Pulitzer Prize citation read, “For a deeply researched exposé that showed how mass evictions after the 2008 economic crash were less a consequence than a cause of poverty.” Despite—or perhaps in response to—growing awareness of this issue, some landlord associations want to make it even easier to evict tenants.

Poverty is on the rise in many U.S. cities, and Boise is no exception, with 7.1% of Boise residents living in high poverty neighborhoods compared to just 2.4% in 2010. At the national level, many Amercans walk a financial tightrope each month; 50% of us couldn’t come up with $400 for an emergency expense. Read more on the topic here.

With housing costs approaching all-time highs in many U.S. markets, the Fed move to raise interest rates could have a significant impact. Mortgage rates have been in the range of 3%, which allows buyers and sellers to rationalize higher purchase prices. Interest rates are on the rise in response to the rising U.S. deficit; this means Americans or Idahoans without a few hundred thousand dollars to use in a cash bidding war will face higher monthly costs or choose not to purchase.

What can be done to slow the loss of legacy residential infrastructure? How do we build housing that is affordable when the cost of construction is not? And who bears responsibility for these challenges? If this were easy, we’d have figured it out. In general, some concepts to keep in mind can help guide local discussions.

We all bear responsibility for creating solutions, just as we all bear the costs of gentrification, segregation and homelessness. Low-income individuals and families are simply not a primary target market for private developers, and they lack political influence. Those who understand the value of housing affordability must step up to the plate to put this issue on the radar. 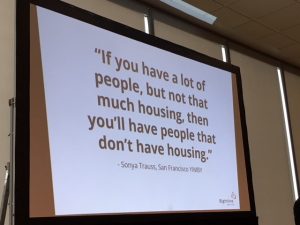 Thanks to Dan Bertolet, Sightline Institute

It’s not practical for housing advocates and enlightened taxpayers to expect private developers to build housing they will lose money on—especially when they face NIMBY pushback from neighbors. As Boise’s mayor sums it up, the only thing citizens hate more than sprawl is density. Without political will, taxpayer support or long-range strategies, government is unlikely to address the problem.

Below are selected news stories that illustrate the complex challenges facing today’s housing markets. Check back for updates.